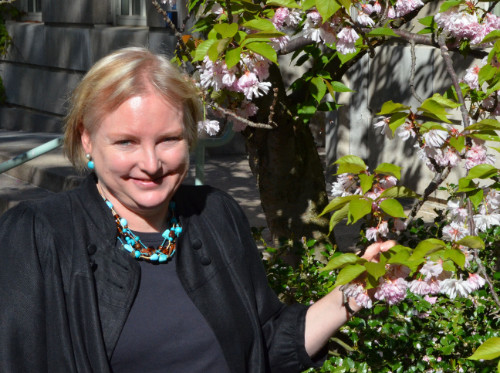 The researchers, all members of the faculty of the Hajim School of Engineering & Applied Sciences, are Thomas Howard, associate professor of electrical and computer engineering; Ross Maddox, associate professor of biomedical engineering and neuroscience; Sreepathi Pai, assistant professor of computer science; and Andrea Pickel and Jessica Shang, assistant professors of mechanical engineering. The awards, NSF’s most esteemed recognition for early-career faculty members, provide recipients with five years of funding to help lay the foundation for their future research.

This is the largest number of CAREER recipients in a single year for the Hajim School.

“We are tremendously excited,” says Wendi Heinzelman, dean of the school. “This is an amazing indication of the quality of our junior faculty.”

Teaching robots a sense of past and future 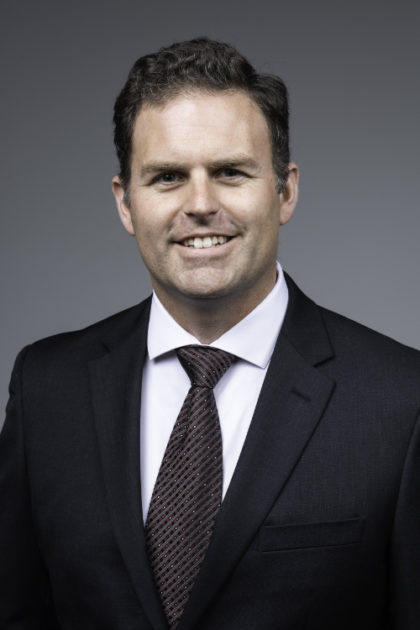 Howard will develop algorithms that enable robots to respond to language that refers to the past, present, and future of their surroundings. Currently, for example, it is difficult for robots to understand instructions such as “Hand me the wrench I was using five minutes ago” or “Pick up the cup that is about to roll off the table,” and respond in a timely fashion. That’s because the robot would need to think carefully about all the past and future states of its surroundings.

Howard’s research at Rochester has advanced the ability of robots to infer “minimal but sufficient” representations of their surroundings so that only the objects needed to understand statements are interpreted from sensor data. The project will “more tightly couple algorithms that interpret language and sensor data” so humans can seamlessly use references to time and location when communicating back and forth with robots.

Hearing one voice among many 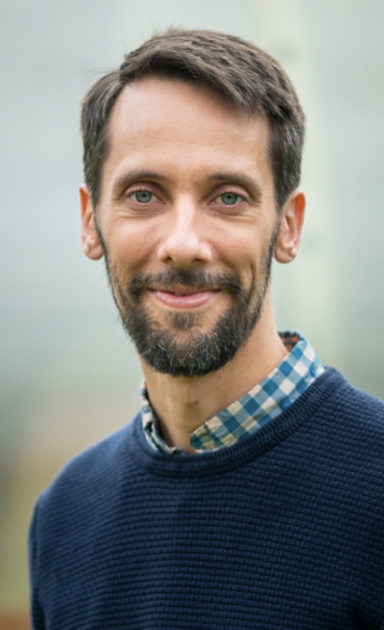 After sound waves are converted into electrical signals in the ear, the signals are conveyed along an auditory brainstem to the brain’s cortex, where auditory perception occurs. But scientists are still trying to understand exactly how this “beautiful, but complicated network of connections” helps us focus our listening, says Maddox.

For example, do the downward connections that extend from the cortex back along the auditory brainstem help us concentrate on one voice among many?

To help answer questions like these, Maddox will use new methods to measure auditory brainstem responses in human subjects engaged in goal-oriented, lifelike tasks involving natural speech—not the rapid bursts of clicks and other stimuli used in traditional testing.

The results could help explain why even people with normal hearing sometimes struggle to understand conversations amid background noise. 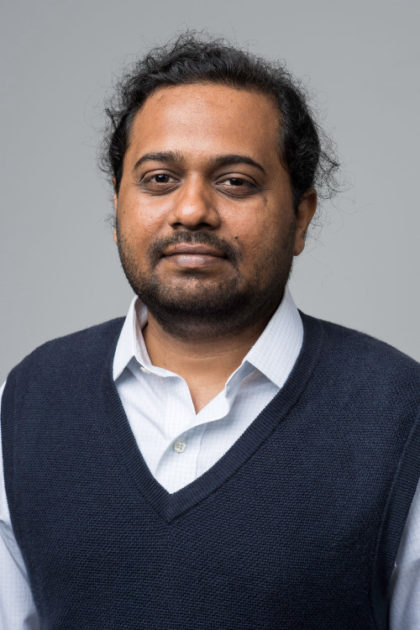 People all over the world donate time on their computers to large-scale volunteer computing systems such as [email protected] and [email protected]. They do so to help solve important scientific problems with volunteer systems that rival the largest supercomputers in the world.

However, these volunteer systems consist of hundreds of different kinds of graphics processing units (GPUs) to speed up scientific calculations. This heterogeneity hinders maximum performance.

Pai will develop new automatic performance tuning algorithms to maximize the GPU performance in these systems.

“By developing autotuning algorithms that can deal with the heterogeneity, providing feedback to programmers about unrealized performance, and working at scale in real volunteer computing systems, this project will enable these systems to maximize GPU performance and accelerate scientific discovery in fields such as medicine, biology, and astronomy,” Pai says. 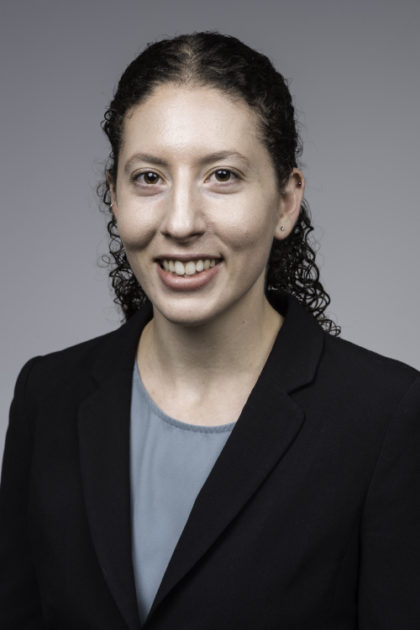 The electronic devices that surround us in everyday life—our computer hard drives and smartphones, for example—operate at increasingly high levels of power that flow through smaller and smaller components. The devices can easily overheat, decreasing their performance, reliability, and longevity.

Pinpointing the “hot spots” that cause the overheating has proved elusive in this landscape where key features are measured in mere nanometers.

The technology could provide an invaluable tool to determine and address the primary causes of thermal failure in nanoscale devices.

Modeling the brain-cleansing interaction of blood flow and cerebrospinal fluids 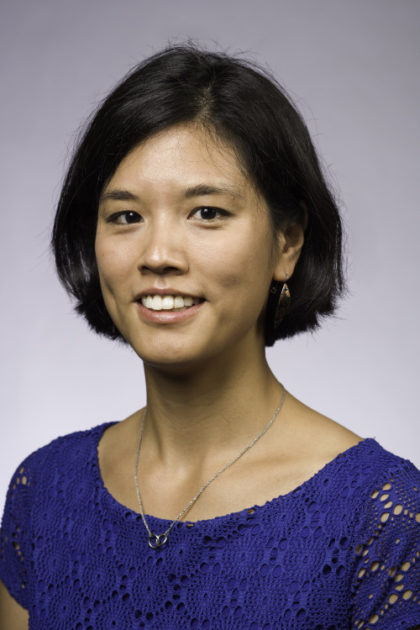 Shang will create a computer model to better understand the mechanisms of fluid flow that “drive” the brain’s glymphatic waste disposal system.

First discovered by Maiken Nedergaard, codirector of the University’s Center for Translational Neuromedicine, the glymphatic system uses the brain’s cerebrospinal fluid to carry off metabolic wastes that have been linked to Alzheimer’s and other neurodegenerative diseases. Recent research suggests that the flow of cerebrospinal fluid is linked to pulsing of blood through adjoining arteries.

However, experimental observations have been limited to the brain’s outer surface.

Shang is hoping that a computational model that can simulate the interaction of blood and cerebrospinal fluid flows throughout the brain “will advance our capabilities to correlate age-related ailments with neurodegeneration, predict patient outcomes, and drive treatment and prevention strategies.”

The National Science Foundation requires CAREER award recipients to demonstrate how their research can have a broader educational impact. This year’s recipients all plan to introduce STEM concepts related to their research to women and underrepresented minority students in the Rochester City School District.

Howard, Pai, and Shang, for example, will work with Rochester City School District high school students participating in the Upward Bound program hosted by the University’s Kearns Center for Leadership and Diversity. Pickel’s lab will build educational kits for students at a new, all-girls STEM elementary charter school in the district. Maddox will develop a short course for students at Rochester’s East High School and from City College of New York through the NEUROEAST and NEUROCITY programs at the University’s Medical Center.

Howard will also revamp the popular University robotics courses he teaches to integrate aspects of his CAREER research. The award provides $14,000 to purchase components for students to develop, build, and program 20 robot prototypes capable of navigation, mapping, estimation, and language interaction.

Pickel will create an open-source hardware repository that provides access to the designs and building instructions for her lab’s new thermal imaging technique, so other researchers can use it in their labs. 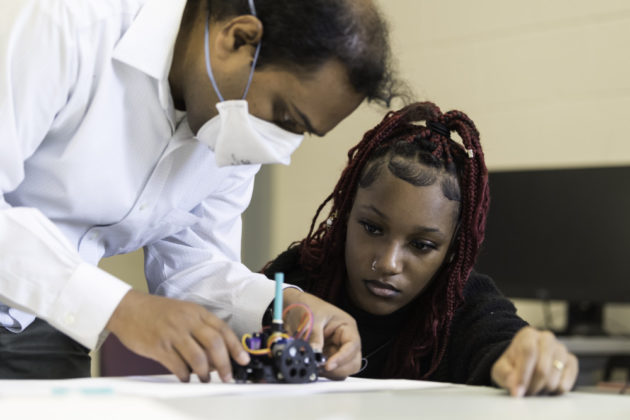 Since 2016, Gary has hosted a summer NSF CAREER award “boot camp” to provide junior engineering and computer science faculty members with background about the award and tips for submitting strong proposals. (The boot camp is now open to School of Arts & Sciences faculty as well.) All of this year’s recipients attended one or more boot camps; in the last six years, Hajim School faculty members have received a total of 17 CAREER awards.

“Part of the success of the bootcamp is that younger faculty members can listen to previous CAREER recipients and learn from their experiences,” Gary says. She even keeps a repository of successful proposals.

“Everyone’s experience is different, so it’s helpful to hear about a variety of perspectives and approaches that were all ultimately successful,” says Pickel. “I’m really grateful to other faculty who were generous in sharing their proposals, and I’m now happy to share mine and pay it forward.”

Pai says the boot camp made him aware of the NSF’s strong emphasis on proposals that show broader impact through “integration with the institution and city.” The boot camp helped him connect with the Kearns Center to put on workshops for Upward Bound students. This summer, he used Turtle bots to help explain the basics of coding using Logo, a computer language. 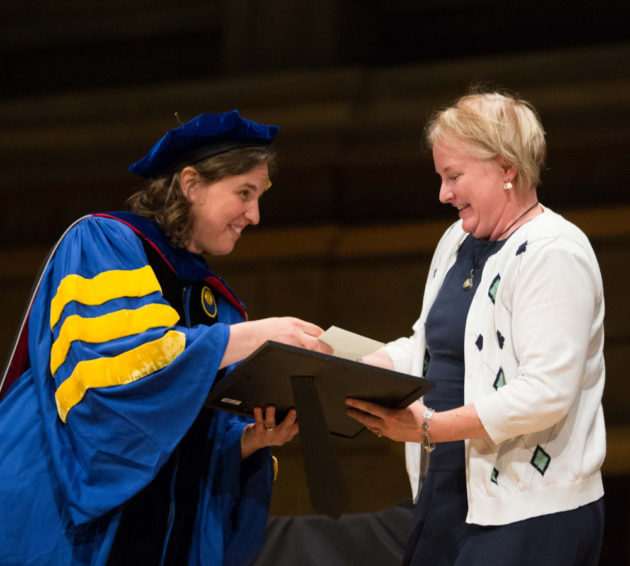 Shang says she attended the bootcamp several years in a row. “Listening to the invited speakers each week helped me envision what I wanted in my CAREER, and it sparked ideas that percolated and matured in the final proposal” that garnered her the award this year.

“Cindy does a phenomenal job of organizing the series and guiding the discussion,” Shang says.

When prospective faculty members visit the campus for interviews, “They are thrilled to hear that we offer this,” Hajim School dean Wendi Heinzelman says.

Heinzelman presented Gary with the school’s Edmund A. Hajim Outstanding Staff Award in 2017 for her excellence in encouraging, supporting, and managing grant proposals—whether on behalf of single investigators or large, multi-institutional collaborations. 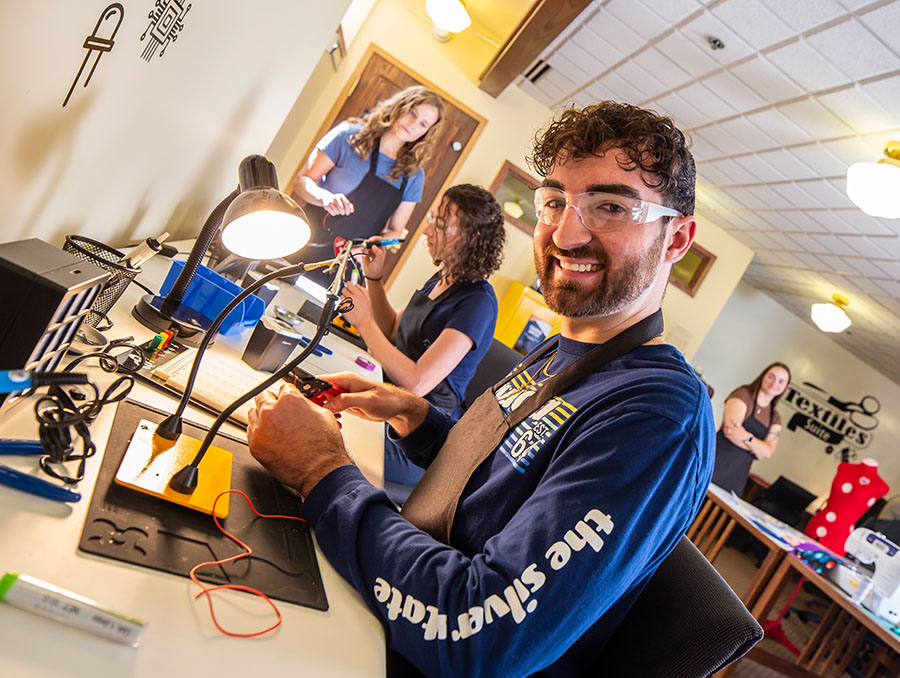