In this article, we take a look at the 12 most advanced countries in biotechnology. You can skip our detailed analysis of the sector and go directly to 5 Most Advanced Countries in Biotechnology.

The Covid-19 pandemic has awoken the world to its vulnerability to airborne viruses whose outbreaks are extremely hard to contain. It certainly wasn’t the last pandemic, as a Nature study shows how loss of biodiversity is likely to increase the frequency of viral outbreaks.

However, the pandemic was also an occasion that showcased the global biotechnological capability, as Covid vaccines were developed and rolled out within two years, allowing a return to normalcy.

How Big Data and AI are Transforming Biotechnology

Biotechnology, in comparison to many technological fields, is progressing rapidly. Thanks, in part, to AI. In many ways, the field’s progress has been massively boosted by Machine Learning (ML). For example, ML is increasingly being used for protein folding, an important step involved in drug discovery.

Recently, DeepMind, a UK-based AI subsidiary owned by Alphabet Inc. (NASDAQ:GOOG), announced its deep learning program called AlphaFold, which has solved 98.5% of human proteins’ structures. Prior to AlphaFold, the structure of only 17% of human proteins had been solved and it had been a challenge for half a century.

Other Deep Learning techniques, such as image classification, are increasingly being adopted to detect cancer from medical scans among many other examples of AI in biotechnology. Deep Learning neural networks and big data have also proved to be highly effective in personalized medicine.

Other Biotechnology Trends to Watch in 2023

Another often overlooked but highly lucrative emerging field in biotechnology is the artificial meat industry. The meat and dairy industry’s carbon footprint is leading to a demand for artificial meat/dairy products. Its technology has been pioneered through stem cell research. Some leading US startups in this domain include Memphis Meats, New Age Meats and Finless Foods.

According to Grand View Research, the biotechnology industry is valued at $1 trillion as of 2021. The value is projected to reach nearly $4 trillion in 2030, with a CAGR of 14%.

The cultured-meat sub-industry, on the other hand, is in its early phase and is valued at $600 million, going by their funding in 2020 and 2021. McKinsey estimates that the market value of lab-grown meat will reach $25 billion in 2030, as consumer acceptance gradually takes hold. Lab grown meat could account for 0.5% of the global meat supply by that time.

Some of the top countries in terms of research in biotechnology include Singapore, Sweden, United States, United Kingdom and Germany.

Below, we list the 12 most advanced countries in biotechnology.

For our list of the 12 most advanced countries in biotechnology, we’ve ranked them based on a Nature study that evaluated the advancement of biotechnology in different countries based on important factors.

The first factor was ‘public biotechnology’ that evaluated publicly listed biotech companies. Another pillar is focused on education and considers countries’ efforts in biotech fields in academia, like the number of degrees and students. The last pillar is centered around R&D investments in the biotechnology industry.

To supplement our list of 12 most advanced countries in biotechnology, we’ve gathered the data from various other credible sources like Labio Tech and Tracxn for the number of companies and startups.

Austria is located in the Southern zone of Central Europe. It is home to over 900 biotechnology companies. The country has over 2,400 researchers in the field working in 55 facilities and is home to 77,000 biotechnology students.

According to Austrian Biotech, a go-to database for biotechnology in the country, 11.2% of the companies in the biotechnology sector are primarily involved in contract-based Research and Development.

Germany is one of the most advanced countries in biotechnology. It is overall a highly advanced nation in Europe. In terms of Knowledge-and-Technology-Intensive (KTI) industries, Germany contributed 6% to the overall global KTI output in 2019.

The number of biotechnology companies in the county has grown to over 774 as of 2021. As far as academia goes, there are 36 different biotechnology degrees offered in 33 universities in Germany, per Erudera.

One of the most prominent biotechnology companies in Germany is BioNTech SE (NASDAQ:BNTX), which, as mentioned earlier, was involved in the development of the Pfizer-BioNTech vaccine for Covid-19, in collaboration with the American corporation Pfizer Inc. (NYSE:PFE).

Belgium is located in Northwestern Europe. It has over 140 biotechnology companies as of 2021, according to the leading Biotech news platform, Labio Tech.

Belgian corporations account for almost 24% of the overall stock value of all biotechnology companies in Europe according to Flanders Investment and Trade. Its top players include argenx SE (NASDAQ:ARGX) and Galapagos NV (NASDAQ:GLPG).

Finland is located in Northern Europe. It is one of the most advanced countries in terms of the biotechnology industry. According to rough estimates, the country is home to over 120 biotech companies as of 2021.

Digital Health happens to be one of the fastest growing sub-industries within the broader sector. Its other strengths are in genomics and clinical analysis. It is largely thanks to the project FinnGen, a government funded project that was intended to obtain the genomic data of 500,000 citizens, 10% of the Finnish population. It is one of the most ambitious projects in the world.

Israel is located in the Middle East and is the most technologically advanced country in the region. It is home to 160 biotechnology companies as of 2021, according to Jewish Virtual Library.

Some of the top startups in the country working in the industry include 1E Therapeutics, Future Meat and ReMilk. 1E Therapeutics is developing RNA-oriented treatments against various diseases. As of 2021, the startup has received $120 million in seed investments, as reported by Labio Tech.

The United Kingdom is the seventh on the list of most advanced countries in biotechnology. Around 415 Biotech companies are of British origin in Europe according to McKinsey. Between 2018-2020, 22 new biotechnology companies were founded in the country.

It is one of the top three European countries with companies that are pursuing novel biotechnological solutions in areas like immunotherapy. Biotech startups in the country have an easier time securing early-stage funding than other countries in Europe but the UK lags behind China and the US in the average amount, by $25 million and $15 million, respectively.

Singapore is a city state located in Southeast Asia. The country is home to over 350 biotechnology companies as of 2022. Some top companies include Tessa Therapeutics, Biosensors and AUM Biosciences.

The top startups in Singapore include Holmusk, ETBio, CoFormula and Kinnva. Singapore’s biotech R&D is highly impactful, primarily due to its world-renowned high quality educational institutes. For a country with a population of only 5.4 million in 2021, Singapore received over 2,000 patent applications in the same year from its residents.

Click to continue reading and see 5 Most Advanced Countries in Biotechnology.   Suggested articles:

Disclosure: none. 12 Most Advanced Countries in Biotechnology is originally published on Insider Monkey. 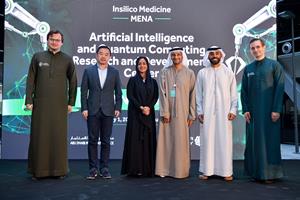 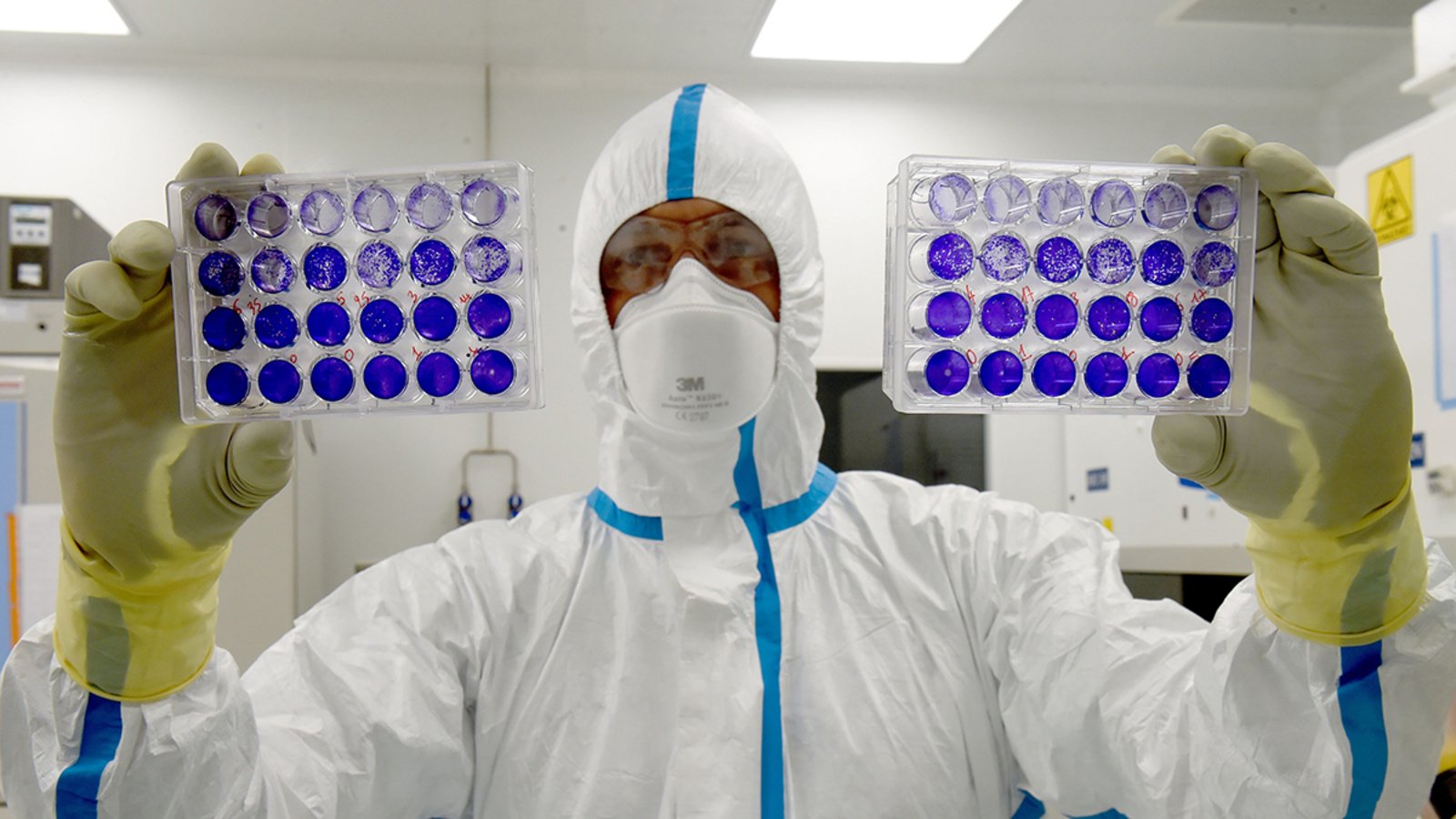 Managing the Risks of Biotechnology Innovation